MUMBAI: Four decades ago, David Santhakumar had looked into his mother’s eyes as an infant in Chennai. Last Friday, he did so again, this time as David Nielsen and from across continents via a video call. Both were unable to hide their joy and wonder.

Nielsen was adopted by a Danish couple as a baby and is now a tall 41-year-old bond trader at a bank in the Scandinavian country. The video call marked the end of a six-year search. 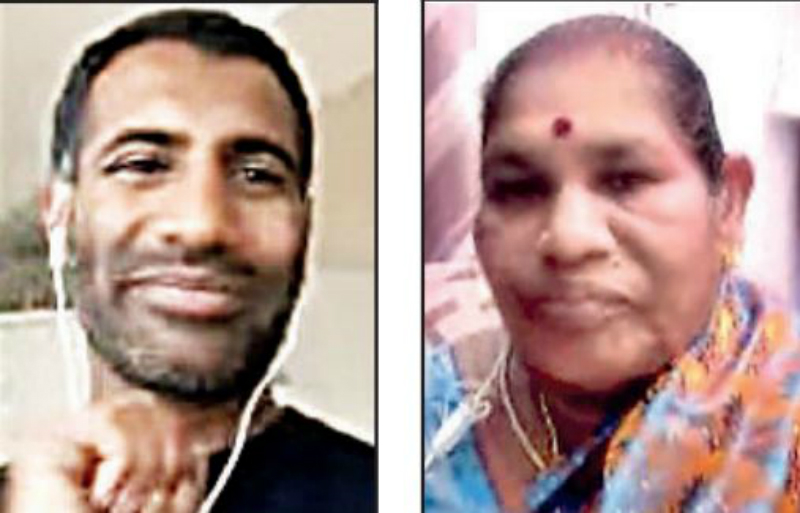 spoke to his biological mother
Dhanalakshmi after a 6-year search.

Emotions overwhelmed Nielsen’s biological mother, Dhanalakshmi, who works as a cleaner and is now 68. She fainted during the call, but not before expressing how elated she was to see her son again. Nielsen, speaking with TOI from Copenhagen on Wednesday, said, “It was a mixed bag of emotions. I wasn’t expecting it. I had so many questions, but couldn’t remember even a single one. I was so very happy to have finally found my mother.”

But tempering his joy, he added, “At the same time, I really felt sorry for her, realizing that she never wanted to give us up and had been looking for us. But for the efforts of (child rights activists) Arun Dohle and Anjali Pawar, I may have never met my mother.”

On Wednesday, Dhanalakshmi too spoke to TOI, from Chennai. Speaking on a conference call with Pawar, a consultant with the Dutch foundation Against Child Trafficking, via an interpreter, she couldn’t stop smiling. She kept blessing Nielsen and said she wished to see him and his family-his partner and twin boys-in person.

The reunion was possible because of friends, lawyers, the media, technology and, of course, Dohle and Pawar, who was adopted from India by German parents and was among the early ones to search for his biological mother.

“I grew up at a place two hours south of Copenhagen in a small town called Holeby. My adoptive parents told me I was adopted from India and that I should be proud of it. India is a great country, they would always say,” he said. He lost his father, who worked in a local factory, in 2005. His mother, who worked at the post office, lives in a village. “They had ordinary jobs, but gave me the freedom to study further. I moved to Copenhagen in 1999 to study at the Copenhagen Business School,” said Nielsen, who now lives there with Stine, his partner, a consultant at the ministry of education, and their twin sons Kaj and Sofus, who are 3 years old.

Stine, Nielsen said, supported his search. “She is happy that our boys will know their Indian heritage. It is a great feeling to know your roots. I have had a good life with good parents,” he said. Would anything have been different if he wasn’t adopted? “I would have had a different life,” he said in a matter-of-fact way.

The search for his roots led Nielsen to his elder brother Rajan too, who too lives in Denmark and is now known as Martin Manuel Rasmussen.

The first trip back to India in February 2013 was surreal, Nielsen said. “I instantly felt at home when I landed in Chennai and entered the airport.”