Source
Nageshwar and Sivagami’s son was kidnapped from Pulianthope in Chennai by an autorickshaw driver in 1999 and given away to an orphanage that did illegal adoptions.
From left: Nageshwar Rao, Avinash, Sivagami 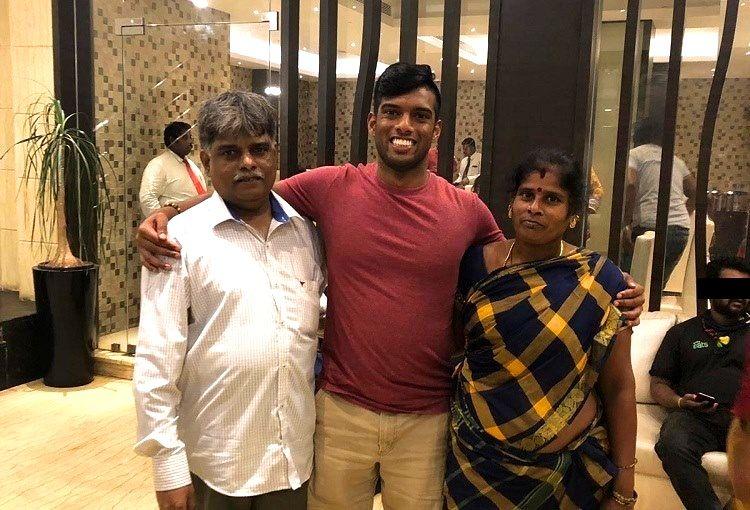 September 8, 2019 – Nageshwar Rao and Sivagami will remember this day forever. This was the day that the Chennai based couple finally met their son, who was cruelly kidnapped in February 1999 and sent to the US for adoption.

In a moment that was filled with joy, relief, and tears, Nageshwar and Sivagami, along with their two children Sarala and Lokesh, met Avinash, their son who was not over three when he was snatched away from them. Then called Subash, he was taken to Malaysian Social Service (MSS), an orphanage that facilitated the illegal adoptions of over 300 children from poor socio-economic backgrounds in Chennai. Many of these children were sent overseas to countries like the US, Australia, and Netherlands.

“It was overwhelming,” Avinash tells TNM. “After all these years of planning and preparation, I couldn’t believe this was finally happening. I saw them, and I was speechless. I was scared, but the good kind of scared. And also happy,” the 22-year-old shares.

“We were happy, and also sad thinking we had lost him for so many years,” Nageshwar Rao, now 47, tells TNM. “It was touching to know that he cared for us even now, without having met any of us for 20 years.”

Avinash only speaks English, having been brought up by an American couple and his birth family only speaks Tamil. So, they could not communicate directly, and had to rely on translations from Mohanavadivelan Saravanan, the advocate who has been representing Nageshwar and Sivagami in their case against MSS, and his daughter. “But there was a sense of peace, comfort and familiarity. When my mother hugged me, she cried. I could feel their emotions, all that build up from waiting for this moment,” Avinash says. 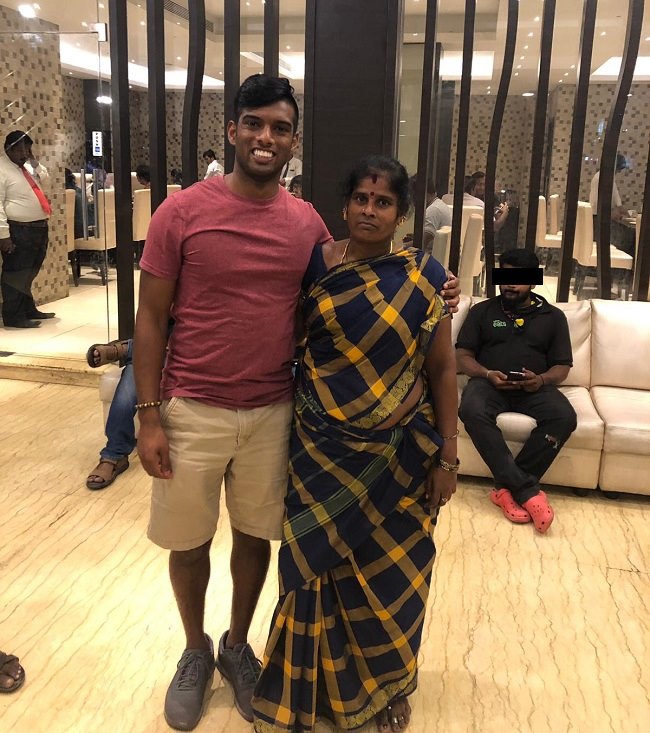 Avinash with his birth mother, Sivagami

Nageshwar is a construction painter, and his wife Sivagami, a homemaker. Their son was kidnapped from Pulianthope in Chennai by an autorickshaw driver and sold to MSS in 1999.  When a CBI investigation into the crimes of MSS finally traced Avinash to an American family years later, Nageshwar and Sivagami only wished to be in touch with their son. They understandood that it would be impractical to uproot Avinash from where he had grown up.

However, despite a positive paternity test, the couple was unable to meet Avinash. That was until he turned 18, and Scott Carney, a journalist, who reported on Nageshwar Rao’s story in 2009 in Mother Jones, put him in touch with Mohanavadivelan.

The advocate put Avinash in touch with Sarala, his sister. The siblings have been in touch over WhatsApp, and while the language barrier exists between them too, they have exchanged photos and gotten to know each other in the limited ways they could.

“All these years, we tried our best to keep in touch with him. We sent emails and letters. When he wrote to our lawyer, it was completely unexpected,” Nageshwar Rao says.

Avinash says that though he always knew that he was adopted, his desire to reconnect with his birth family has to do with where he was brought up. “The mid-west in the US is a very white area. I grew up having all white friends. I questioned why I was different.”

“I was taught that I should never forget where I came from. But to do that, I needed to find out where that was; find out more about my people, my family, and my culture,” he adds.

Sivagami, Avinash’s birth mother, reportedly went into depression when she lost Avinash overnight. Scott Carney reported that when he met her 10 years after Avinash was taken, she would still break down at the mention of his name. Now, at least, she has found some relief, her husband says.

“My wife has cried for so many years. She was relieved to finally meet him,” Nageshwar Rao says. 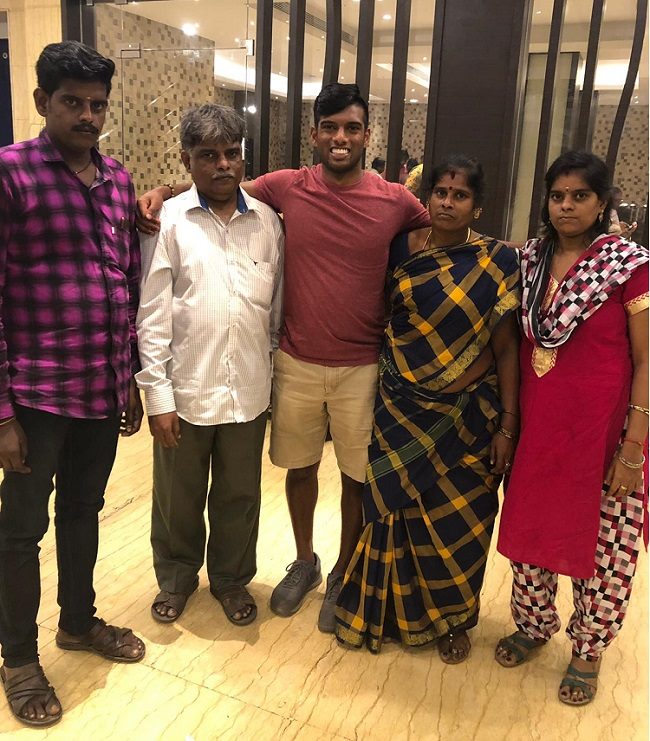 MSS was convicted by a Chennai court earlier this year, and fined Rs 10,000 for their crime of separating scores of children from their families . However, activists who have been working against illegal overseas adoptions argued that the punishment came too late; even the main accused in the case, then MSS Chairperson PV Ravindranath, died a few years ago.

Nageshwar Rao, Sivagami and Avinash’s story is an exception to the norm – many families have not been able to get in touch with their children who were snatched from them and are now adoptees in other countries. Others, like Fathima and Salia, whose daughter was also kidnapped by MSS in 1998, have been shut down by their now adult children, who want nothing to do with a birth family they have little to no recollection of, a culture and country they have no way to relate to.

“Nageshwar and Sivagami were very patient. And it took time because this was a matter involving two countries. The investigation also happened properly. That worked in their favour,” Mohanavadivelan tells TNM. And for this, Nageshwar and his family express thanks to the advocate, who has been representing them pro bono, as well as Arun Dohle of Against Child Trafficking (ACT), who has been closely following cases of illegal overseas adoptions and helping Nageshwar Rao and other such famliies.

Avinash meanwhile has already made plans to get to know his birth family better. He is in Chennai till Thursday and plans to visit their home, the hospital that he was born in. On Tuesday, they have plans to go to the beach, and to Mahabalipuram on Wednesday.

“The next time I come here, I hope to have learnt some Tamil. I love to talk, and I want to tell them how I feel, understand how they feel without someone translating. Even though I am very grateful to Mohanavadivelan and his family for helping us talk, I want to connect with my family here more by being able to speak Tamil,” says Avinash, who recently graduated with a degree in finance.

“I fly back to the US on Thursday. But this time, the goodbye is only temporary,” he says.